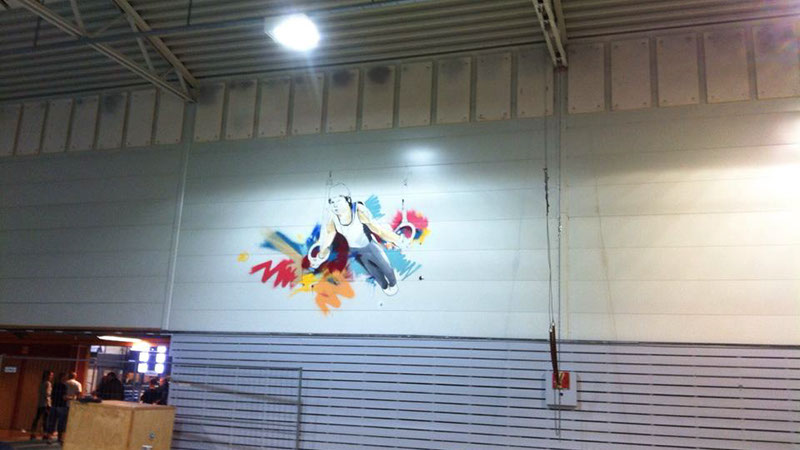 Svale is the Norwegian name for Maltese Cross, an exercise in the gymnastic apparatus rings. Spinae Company has since the start been a part of the local gymnastic team´s training sessions.

November 2014 the National championships was being held at Stord  and Stord Turn IL was the host. For this event the gymnastic hall was being partly renovated and repainted. Therefor we saw it suiting that a gymnastic exercise would be decorated on the wall.

The picture is taken from the London Olympics 2012, Kohei Uchimura performing in rings. Svale is considered one of the most demanding static positions in rings.

What would be better to inspire the people training in the hall?

The plan is to annually make a new painting in the hall. A new exercise in a different apparatus. 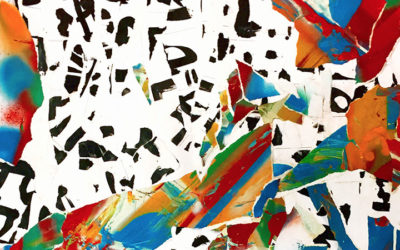 ABC  |  Artist: Nathanael Larsson ABC is a recent series of artworks made by Nathanael Larsson. Mixed techniques on paper as collage.  Lithographs has been made to a limited amount. Size: 70 x 100 cm. Order by mail11 / 2015  |  ART PIECE 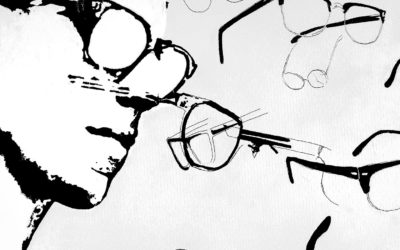 LAVA  |  Synsam Stord Lava is a interior decoration for Synsam Stord. Synsam Stord is an optic store in the center of Leirvik Stord. Requested by the client was a decoration of the office wall also visible from street level at night time. Therefor the wall would not... 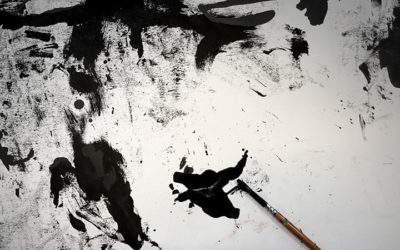 Utility  |  Nathanael Josua Larsson This is a small selection from a graphical work made during the summer 2015.  Below u can follow the  decoration projects,  murals, interior work and concept developments by Spinae Company. Stay tuned for updates.07 / 2015  | ... 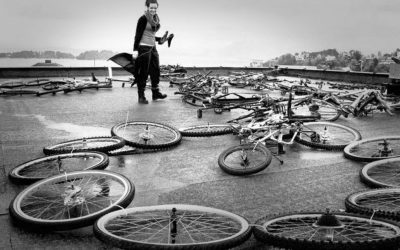 BICYCLE INSTALLATION  |  Spinae Company BICYCLE INSTALLATION  was created for the event Tour des Fjords 2015. It is a huge bicycle created with bicycle parts liying on a roof in the middle of Leirvik center, Stord Norway. Visible only from above it was built for the... 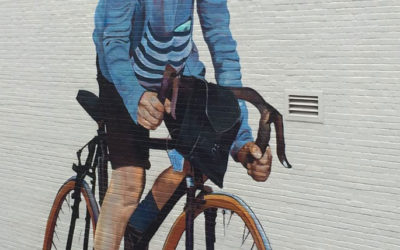 BICYCLE THIEF  |  Torget 10 Bicycle thief is a wall piece created at the event of Tour Des Fjords 29/5 2015. The wall is headed towards the main square at Leirvik, Stord. This was also the starting place for the bicycle contest Tour Des Fjords 2015. Hence the theme...

WALLAB  |  Xcelerate WallaB is a wall piece created for the studio Xcelerate, a personal training studio located at Leirvik Stord.  The studio is in general white, therefor the owner of the studio wanted something colorful to decorate the space. We tried to find an... 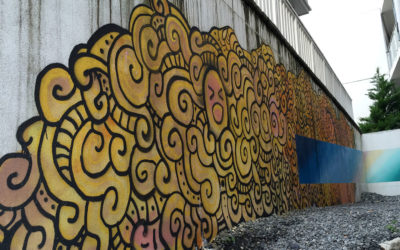 BLOB  |  Co-Artist: Adrian Sjursen A few times a year we take in apprentices from the local highschool. We let them be appart of our creative work and blossom in their own creative abilities. Adrian is one of them, a young talented artist. At the time he was working a... 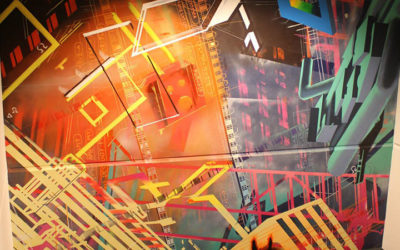 THE CORE  |  Apply Leirvik As The Core was created for the new main complex of Apply Leirvik As, one of the oil rig manufacturers at Stord, Norway. The complex is built for their new offices and they needed a enhancement of the central staircase. How can we make... 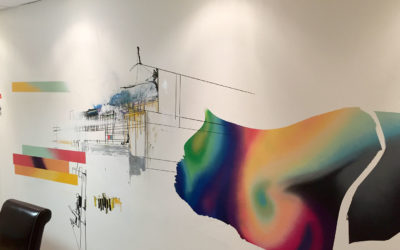 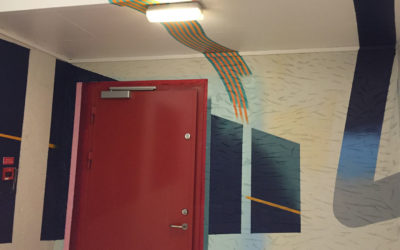 MMM  |  Spinae Company MMM  was created for the main entrance at Spinae Company´s studio Stord. The door leads to the hallway before you enter the corridor to studio. There are several spots in the stairs where you will find alignments and perspective illusions. This... 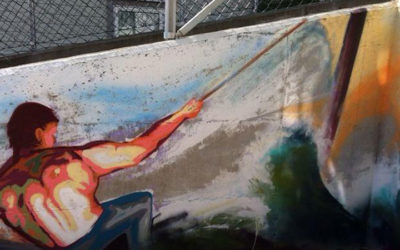 SHUTZPA  |  Casa Birkenes Shutzpa is made for Casa Birkenes on Stord. They have a concrete wall in the garden that frame a stairway. The father in the family asked us to put something up that would make it more vivid then a plain concrete wall. We came up with the... 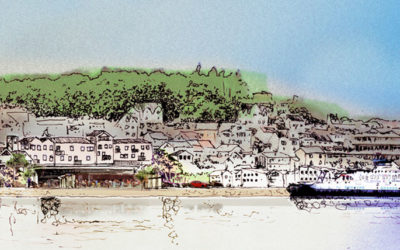 ARCHITECTURE ILLUSTRATIONS  |  Various projects Architecture Illustrations has got more demanded for lately. Customers call us for visualizing an idea or a concept. Some times it is private investors, some times politicians and some times private estate owners looking... 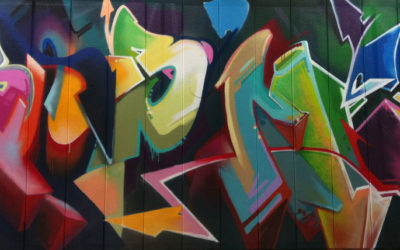 KEBAB MED SAUS & MELK  |  Stord Civic Center This piece was the first made by Spinae Company at Stord. The frame was put up by Jørund Fjøsne, art consultant for Stord Kommune. The ceiling over the study area next to the library in Stord Civic Center was to be...